Jonathan Medved is according to the Washington Post, ”one of Israel’s leading high tech venture capitalists.” In the September 2008 NY Times Supplement “Israel at 60” Medved was named one of the top 10 most influential Americans who have impacted Israel.

Medved has invested in over 100 Israeli startup companies, helping 12 of them to get to valuations in excess of $100 million dollars. Medved was the co-founder and until recently the CEO of Vringo, a leader in mobile social applications which went public in June 2010. (NASDAQ: VRNG).

Prior to Vringo, he was the founder and general partner of Israel Seed Partners (a $260M Israeli venture capital fund). At Israel Seed he led a number of successful investments and served as a Director on the Board of several portfolio companies including: Compugen (Nasdaq: CGEN), Business Layers (acquired by Netegrity, Nasdaq: NETE), Broadlight (acquired by Broadcom, Nasdaq BRCM), Answers.com (Nasdaq ANSW, acquired by Summit), Native Networks (acquired by Alcatel, Nasdaq ALU), and Xtellus (acquired by Oclaro, OCLR). Between 1982 and 1990, he was a founder and the EVP of Marketing and Sales at Meret Optical Communications. Meret was acquired by the Amoco Corporation (NYSE: AN) in 1990. He was also part of the founding management team at Accent Software (Nasdaq: ACNTF), a leader in multilingual software where he served as EVP of Marketing and Sales in 1993-1994. 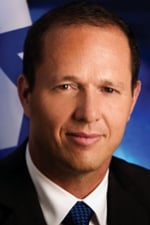 On November 11th, 2008, Nir Barkat was elected the 9th Mayor of Jerusalem. Mayor Barkat has inspired thousands of Jerusalemites with his vision to turn Israel's poorest city into one rich in culture, youth, education, lasting economic development, and tourism, as well as his message of respect and pluralism for all residents of Jerusalem.

His early successes as mayor are rooted in his business methods and entrepreneurial approach to City Hall. In 1988, Mayor Barkat co‐founded BRM Technologies, a pioneering software house and later venture capital firm that developed and marketed ground‐breaking anti‐virus software now standard on personal computers throughout the world. His leadership and business acumen brought him to the position of global chairman of one of BRM's largest venture projects.

Size Matters: Can we build companies of scale and create bigger and better exits?

Larry Jasinski has served as Chief Executive Officer and as a member of the ReWalk board since February 2012.

From 2005 until 2012, Mr. Jasinski served as the President and Chief Executive Officer of Soteira, Inc., a company engaged in development and commercialization of products used to treat individuals with vertebral compression fractures, which was acquired by Globus Medical in 2012.

From 2001 to 2005, Mr. Jasinski was President and Chief Executive Officer of Cortek, Inc., a company that developed next-generation treatments for degenerative disc disease, which was acquired by Alphatec in 2005.

From 1985 until 2001, Mr. Jasinski served in multiple sales, research and development, and general management roles at Boston Scientific Corporation.

Mr. Jasinski holds a B.Sc. in marketing from Providence College and an MBA from the University of Bridgeport.

Israeli technology entrepreneur, inventor and businessman, Dov Moran is best-known as the originator of the Disk-on-Key or USB memory stick. As founder and chairman of M-systems, which developed his invention, he also developed DiskOnChip and other similar devices.

He currently invests in and is involved with many companies in the fields of video-related technology, education, pharma and medical devices, mobile applications and software.

Dov's main activity is Comigo: a comprehensive, multi-screen TV platform, which offers a revolutionary personal and social viewing experience and provides contextual VAS on top of the broadcasted stream. It is considered the future of TV viewing.

And – he never stops, with dozens of additional ideas and companies constantly being evaluated and accepted to his “incubator. 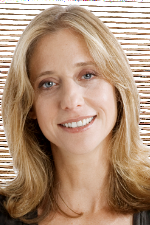 Rona Segev-Gal is a General Partner at Pitango. Her investment focus is enterprise software startups.

Formerly she was a Partner at Evergreen Venture Partners. Prior to that, Rona served as Vice-President of Business Development at BRM Technologies, and on the investment committee of Koor Technologies. Rona also founded and managed Kidum Multimedia, a software company focused on 3-D technologies, which was acquired by SEA.

Rona holds B.A. degrees with honors in Psychology and Philosophy from The Hebrew University.

In his career as an investment banker, Mr. Rosen has been involved in numerous landmark equity, M&A and fixed income transactions for Israeli and technology clients including advising on seven of the ten largest acquisitions ever by Israeli companies.

Prior to joining the investment banking industry, Len was an attorney with the New York law firm of Cravath, Swaine & Moore. Len has a B.A. degree and a law degree from Columbia University. He lives in Tel Aviv with his wife, the cellist Kristina Reiko Cooper, and their two children. 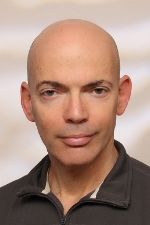 Iron Dome & Beyond: Shaping the next generation of Israeli technology and innovation

Brig. Gen. (Res.) Dr. Daniel Gold is the CEO and Founder of Gold R&D Technology and Innovation Ltd., and Head of the Israel National Committee for Commercial/Civilian Cyber R&D.

In addition, Gold holds a PhD in electronic engineering, and another in Business Management.

The Next Big Thing: Understanding the top trends in technology investing 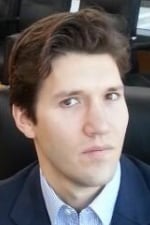 Gonzalo Martinez de Azagra, investor and tech strategist is currently the Head of Samsung Ventures Israel. His mandate in Israel is to create strategic value to the Samsung Group via venture investments and partnerships.

Gonzalo is a board member and board observer in multiple Israeli startups and has led the vast majority of Samsung Group venture investments in Israel in the last 3 years. In the past, Gonzalo worked at PricewaterhouseCoopers' advisory group in Spain and the former Atomic Energy Authority (AEA Technology) in the United Kingdom. Gonzalo holds a Masters in Electrical & Electronic Engineering from Imperial College and ENST Paristech, a bachelor of science in Economics from University of London (London School of Economics) and an MBA from the University of California at Berkeley.

Bruce serves as a member or observer on the Board of Directors of, Appboy, Arcadia Data, Coverhound, Credorax, Lenddo, Mentad, Revionics, Roam and Sigmod Labs. He also serves on the board and the investment monitoring committee of the Jewish Community Foundation of Northern California. 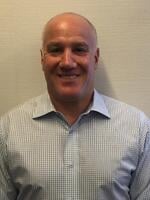 Mr. Teller has spent more than 15 years in investment banking and private equity servicing emerging growth, middle market and large cap companies in a variety of industries, including technology, healthcare, and media.

He received his MBA in Finance from Fordham University, and holds a BA in Accounting and Business Administration from the State University of New York at Albany.